On November 26, Connected Data Group, as a TIBCO Elite-Partner, took part in the TIBCO Innovation Day, a webinar in which TIBCO, together with its partners, presented a number of current customer cases around the central themes API Management, Data Management, Data Virtualization and Visualization.

Background
The National Institute for Public Health and the Environment is facing many (data) challenges, especially in this time of Corona, and is currently working on putting the Data Platform into production together with Connected Data Group.
On this platform it is possible to facilitate even better cooperation between the domains Infectious Diseases & Vaccinology, Environment & Safety and Public Health & Care and it is possible to access the many (data) sources and various forms of data, thereby creating valuable information. for internal and external use.
The so-called FAIR principles (Findable, Accessible, Inter operable, Re-usable) are closely followed.

Access to data must also be strictly secured, such as the personal data of 17 million Dutch people who are used to set up vaccinations. This is enforced in the data platform.

From POC, to Pilot, to Production
RIVM works from the innovation philosophy, building blocks were defined in the first architectural design and the central question was whether these can be realized by using Data Virtualization technology.
Initially, RIVM (on a small scale) set up a Proof of Concept around three use cases. In this POC phase, RIVM involved two suppliers, of which TIBCO (with TIBCO Data Virtualization) was one.
After issuing a tender, Connected Data Group was chosen as the implementation partner for the Pilot and the further roll-out of the data platform in the RIVM organization.
In the Pilot phase, a new reporting environment was developed and the architecture of the new data platform was designed and realized, with TIBCO Data Virtualization operating as “the foundation” of the platform.
The result of this phase is that financial data (SAP), project data and IT service management data (TopDesk) are unlocked, integrated and combined, to eventually be presented in Microsoft Power BI in the form of various KPIs.
At the same time, a target architecture has been described to land TIBCO Data Virtualization within the platform.
As a final step, employees are trained to use the platform.

RIVM is currently in the phase in which the platform is operationalized and brought to production. Parallel to this process, various forms of service provision to the (internal) organization are arranged. Think of the entire palette, from the information request counter to the training of (end) users.
Here too we provide support from Connected Data Group in various areas.

Erik Fransen: “With the use of Data Virtualization we have created an abstraction layer on top of the existing data sources and data structures within RIVM. It brings RIVM simplicity in access to the data and simplicity in understanding data because in this way you can create data models that are understandable for everyone. The virtualization technology supports making models in order to process all data and information requests from, for example, analysts, data scientists or managers via the data platform as smart and effective as possible. ”

The next step is now to improve the business (data) processes and at the same time set up the Data Management function within RIVM. Think of the streamlining of Master and Metadata functionalities and the further “rigging” of the internal and external services.

An acceleration in the development of information products for the various RIVM users (groups) is also on the horizon with the use of the new data platform!

Want to know more?
Contact us for more information about setting up a modern data architecture using TIBCO Data Virtualization via 06 40 40 50 75 or info@connecteddatagroup.com 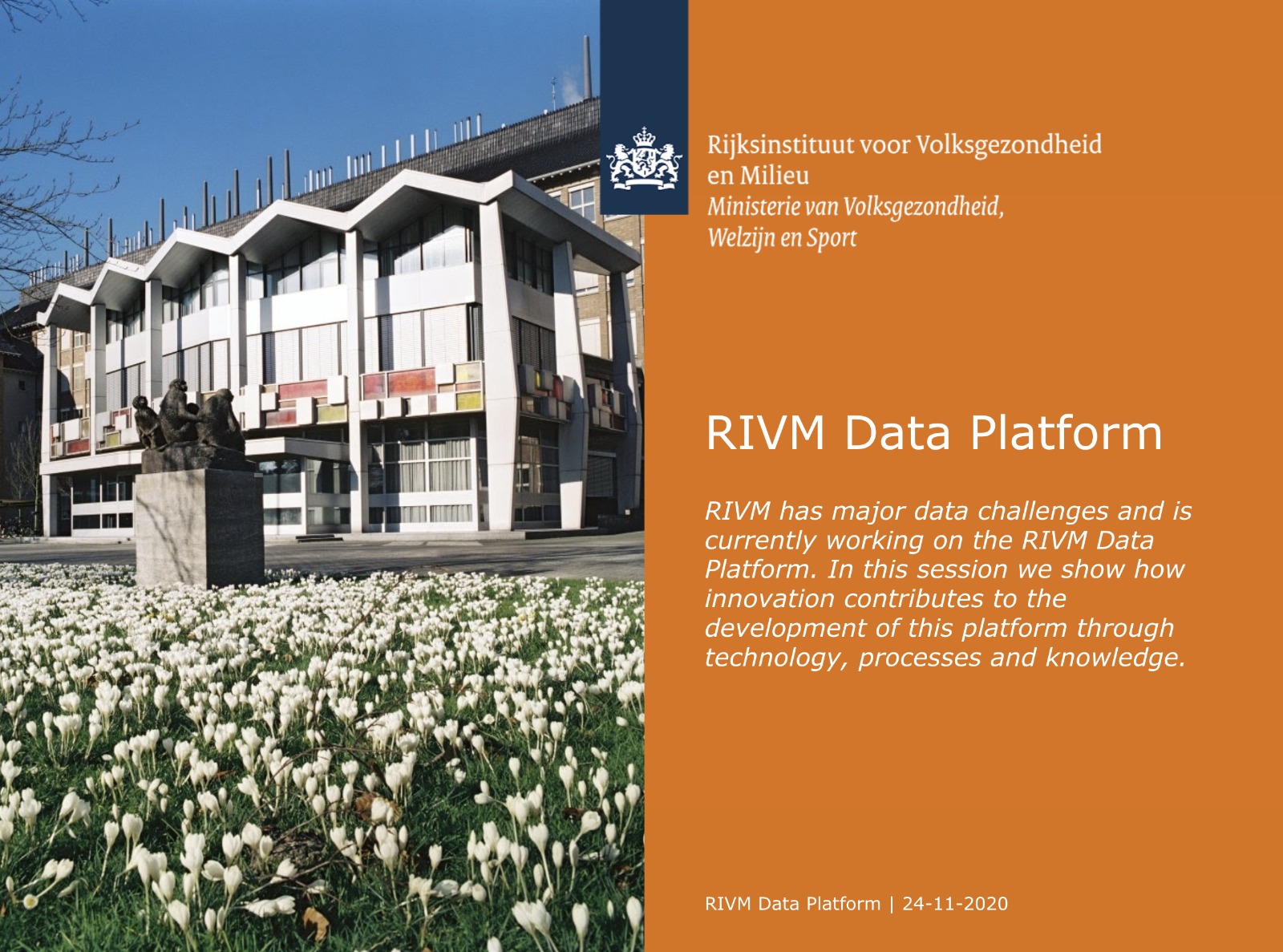